Who Should You Tell When You’re Over Your Divorce?

You need to let them know that you’ve moved on. 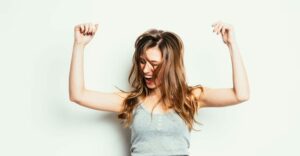 Following a lengthy process of soul-searching and decision-making about what is most important in life, a moment of enlightenment occurs for many people post-divorce: they move on. They leave behind the vitriol and acidity of the years leading up to their divorce, and they re-learn how to live independently. They find themselves. They reinvent themselves. And for many, they find peace in their past relationships and begin to build new ones.

Unfortunately, while journeying through the divorce process, many of these same people likely also leaned on family members, friends (and maybe even a few strangers!) for emotional support, trashing their former spouse with an aggressiveness that can only be compared to world wars. They’ve drained and strained relationships, and in many cases, by forcing people to “choose sides,” and have destroyed relationships beyond repair.

So, while the transition to self-actualization is a monumental accomplishment to be celebrated, it is equally important to let the friends and family members, who still harbor the resentment and bitterness absorbed in the wake of your bitter divorce, know that it’s okay to let go and move on. It’s okay to repair broken friendships. It’s okay to rebuild family relationships and learn how to live in a new norm. Below are the people you should tell that it’s okay to make eye contact with your former spouse, when you cross paths at the grocery store; it’s no longer necessary to make snake eyes or snarl at your ex, when you see each other at parent-teacher conferences; and finally, it’s no longer comforting to you to trash-talk your ex. Tell these people that you’ve moved beyond the pain, anger, and resentment, and that you want them to do the same. Why?

Why is it so important to help the people who helped you through your divorce also move on beyond your divorce? Why does it matter? Why should you care? Though you can’t take back the words you used during your divorce, and you can’t change history, you can affect behaviors moving forward.

Your attitude and actions towards your ex may shock and awe (and confuse!?) many, but these same attitudes and actions will have an incredible impact on these people because it essentially gives them permission to do as you have done: move beyond your divorce.

These are the people who welcomed your former spouse into their family, so it’s understandable if they also felt the pain of your divorce. They were also losing a son, daughter, brother or sister. And they were also very likely your staunchest defenders! If you’ve forgiven and forgotten, let them do it, too.

Were you once all friends? Did you go to movies together or travel together on vacations? Friends are often even harder to bring around than family members, because they remember the late nights full of tears and uncertainty and often see themselves as your protector. Let your BFF know that they can smile and be civil to your ex without betraying your loyalties.

Peace between their parents? It’s the gift that keeps on giving…

Instead of reliving the same old issues, now you’ll have something new to discuss!

Write a letter, send an email, tweet it out or shout it from the rooftop… just let them know that you’ve moved on, and they should, too.