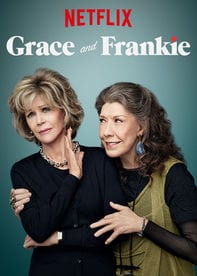 It seems that truth is busting out all over the place nowadays.

In case you haven’t seen it, there is a new comedy series on Netflix that explores the traumas and foibles of two aging couples when the men have finally admitted that they are gay and in love. Jane Fonda and Martin Sheen, and Lily Tomlin and Sam Waterston star as the two couples, respectively, and Grace and Frankie is getting rave reviews for its witty and insightful writing.

As a therapist, I have worked with dozens of couples facing this incredibly difficult challenge, and I am impressed with how the writers have brought their reality to the screen. I must tell you that despite the show being a comedy, some of the clients I’ve worked with can’t bear to watch it. They don’t think it is funny… in fact it is quite heartbreaking for them because it is so truthful.

Let me share some of what I’ve seen portrayed in Grace and Frankie that I have also learned while working with such couples.

First, when men tell their wives that they’re gay, they often don’t anticipate how traumatizing it will be for their wives and the others in their life. I’ve had men say to me, “My wife likes gay people. This is not going to be an issue for her,” and I have to tell them, “But those men were not her husband!” How could these husbands seem so cold and callous? In my experience, it is because they are newly in love and finally able to celebrate the fact that they are out as gay and a couple. They become like teenagers wanting to announce to the world their happiness.

Most likely they have had such longings since they were teenagers, but suppressed them for their whole lives in order to fit into society’s definition of “normal,” especially as it pertains to marriage. Now that, at midlife, they have finally decided to be true to themselves, they are elated… and, at least in the beginning, blinded by their new sense of authenticity. Chronologically they may be in their 30’s, 40’s, 50s or 60s, but in “gay years” they are maybe only 15. They have come into their own and are not thinking as an adult about the rest of the people with whom they are in relationship.

Something else I’ve found: Women are more likely to have a traumatic response when they find out, and they are often more upset about him cheating on her than the fact that he’s gay. I try to explain to them that it doesn’t work to put the same stamp of infidelity on their husbands as if he had had sex with a 20-year-old woman. Of course it is infidelity, but there is a different reason for it: he’s expressing a part of himself that doesn’t belong in their marriage, and she can’t meet that need no matter what she does. The gay part of him is not connected to the marriage. It exists in another time.

Also, when the man eventually begins to feel this crushing burden of guilt over hurting his wife, whom he truly does love, his first response may be a desire to give everything he owns — house, car, etc. — to his angry, bereaved wife. I have to remind these men that they deserve their own feelings of self worth, and that they will be sorry for this later. In truth, both the husband and the wife are victims, and both have the potential to victimize. Some wives may decide from their victim position to become the righteous offenders entitled to make the man’s life a living hell. It happens. Most others will eventually calm down and recall the genuine love that has existed in their marriage.

One of the toughest things is that the couple’s children tend to side with their mother, even the adult kids. They see him as happy, and her as hurting, without realizing that both are hurting and traumatized. He appears to be happier because of everything I’ve said above. In addition, the wives have far fewer resources for support than the men, and they really need the support.

You might be surprised to find out that a number of couples actually work the Grace and Frankie situation and figure out how to remain married in a loving way. As a therapist I have learned that there are myriad kinds of marriages, and I believe couples should have the opportunity to try working it out. It is not easy, often heartbreaking, and I have often wept with some of these couples. But because of my experience I can say that such couples can teach us that no one can define what a marriage is. Marriages are what people are creative and open hearted enough to make happen.

And that is a truth that most of our society is barely ready to hear.