New Mexico law permits a couple contemplating marriage to enter into a contract prior to the marriage known as a prenuptial agreement or a premarital agreement. 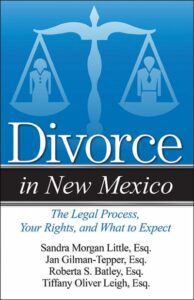 It is also sometimes referred to as an antenuptial agreement. This agreement is usually sought by one or both partners to be able to protect property or assets from the potential claims of division of property if a divorce occurs down the road.

A postnuptial agreement can have the same purposes as a prenuptial agreement, except it is signed after the marriage. Assuming these documents are properly prepared and executed, these agreements are usually enforceable and difficult to break.

For more information our book Divorce in New Mexico is available for $14.95 on the homepage of our website.