Q: My husband and I have been married for 10 years. He has adult children from a previous marriage. We have a 9- and 10-year-old together. His adult children have begun to ask why their dad and mom got a divorce. Their mom told them that they grew apart and that their dad had issues. In truth, she had an affair. That was the issue, and it’s making my husband look like the bad guy. If they ask me why, I want to tell them the truth. And, if my children ask, I also want to tell them the truth, too. When I was a child, my parents were very frank with me about my uncle having an affair and then divorcing, and I handled it just fine. My husband, on the other hand, does not want the matter discussed with his children, no matter their age. What should I do?

A: I understand that you love your husband and you hate for him to be misjudged by his children; however, it’s really up to him how he wants to handle this. He may change his mind down the road, but for now, if he’s adamant in his position, I refer you to ex-etiquette for parents rule #4, “Parents make the rules, bonusparents uphold them.” It’s really his call.

You said when you were young your parents were frank about your uncle’s affair, and you handled it just fine. Your uncle is not your parent. Your whole security system was not uprooted when he got a divorce. You did not have to move, change schools, and no longer live with both parents because your uncle had an affair. Your life was not forever changed.

Rarely do I suggest people tell their young children the exact details of the divorce. There have been times when it was necessary —specifically when a crime was committed or drugs or alcohol impede good judgment and the children are not safe with the other parent.

Because a 4-year-old asks where babies come from doesn’t mean you explain the entire sex act right that moment. There are things you can say that will appease a child until he gets older and can better understand.

As a child grows older and can rationalize what they hear with more adult reasoning, if they ask, then they can be told about the affair — but it should be either their mother or father to volunteer that information, not you.

Truth is, it’s not uncommon for children to ask a trusted friend or relative rather than mom or dad why their parents got a divorce — especially if they have an inkling there’s a secret being kept from them.

If it does happen, you might consider saying something like, “Your father and I have talked about how we would handle it if you asked about his divorce from your mother, and we made a pact that he would discuss it with you honestly when you were old enough — if you asked. He’s prepared to answer all your questions as best he can.”

That’s his cue to talk to the kids — and referring to the 10 rules of good ex-etiquette for parents during the conversation will certainly help, particularly rules #3, #5 and #6.

7. Use empathy when problem solving. (Put yourself in their shoes.)

8. Be honest and straightforward.

10. Compromise when ever possible.

Dr. Jann Blackstone is the author of “Ex-etiquette for Parents: Good Behavior After Divorce or Separation,” and the founder of Bonus Families, www.bonusfamilies. com. Email her at the Ex-Etiquette website www.exetiquette.com at dr.jann@exetiquette.com. 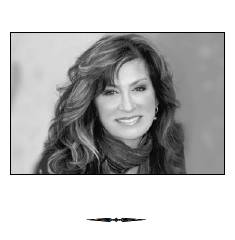