It’s common to refer to a romantically involved couple as partners. But, sometimes, the couple are partners in another sense, as well, as suggested by the familiar phrase “mom and pop business.” More than 80 percent of American businesses are family-owned, according to figures gathered by the University of Vermont, and they account for 57 percent of the gross national product. But what happens when Mom and Pop divorce? 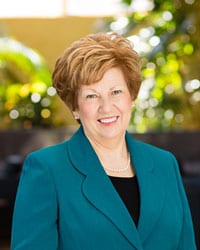 I asked Sandra Morgan Little to be my guide through the wilderness of New Mexico law on divorce and small business. Little, a New Mexico native, is one of the state’s most experienced lawyers in the field of complex and high-asset divorce. A guide is needed, even for fellow lawyers, because there is little published case law explaining the rules. Most such cases are handled quietly, out of the public eye, without setting any precedents, except informally, among the relative handful of lawyers in the know.

New Mexico is one of nine community property states, most of them in the West. When couples marry in any of the nine, a community is created, consisting of the two partners. Property owned by the partners before marriage remains separate, meaning it continues to belong to the one partner only. But property acquired after marriage generally – but by no means always – belongs to the community. When the community is dissolved by divorce, its assets are divided between the ex-partners.

In the abstract, such a binary system is simple. In practice, it can be tricky. Consider, for example, the situation in which one partner – for convenience sake, we’ll call him the husband, though of course the gender roles can be reversed – starts a company before marrying. During the good years of the marriage, while the company is still getting off the ground, the husband draws only a token salary, sometimes skipping it altogether, while plowing all the profits into expanding the business. Meanwhile, the wife keeps the family afloat with her day job while devoting evenings and weekends to the business, putting in long hours without pay. After 20 years, the company is a roaring success, but the marriage fails. The company was the husband’s separate property at the time of marriage. But does the community have any claim to it now?

As Little explained to me, the answer is a big fat maybe. A court might decree the existence of a “community lien.” The judge could well conclude the husband’s salary was unreasonably low, entitling the community to a share of the money left in the business. To understand why, it helps to think of a business owner who draws a salary of $100,000. Let’s assume that’s the national average for heads of similar firms. Each year, he formally buys $40,000 of newly issued stock in the company. It’s easy to see that the $40,000 is community property, since it was salary earned during the marriage. If, instead, he draws a salary of just $60,000, six-tenths of average, and leaves the rest of the money in the business, the net economic effect is the same. And so, in the latter case, the community may have a claim on the $40,000 and its increase over the years.

But how to tell if a business owner is under-compensated? That requires a comparison with the practice of other, similar companies and that, in turn, typically requires the expert testimony of a forensic accountant who can draw on information from national surveys.

How about the wife’s years of unpaid toil for the company? The community might also have a claim on the increase in the value of the business attributable to her efforts, provided an expert can figure out a way to put a dollar value on it. As Little explained to me, “Women make it difficult for themselves, to be honest.” Men find many ways to make it difficult for themselves, too, of course. But divorce courts are courts of equity and judges have broad discretion to take into consideration many factors when dividing property.

The legal issues are more straightforward when a couple starts a business after marriage. Such a business begins life as community property (unless the parties have fairly agreed otherwise, which they can do). The great difficulty in divorce becomes figuring out the value of the going concern. Often, in Bernalillo County at least, judges will appoint their own expert to value the company.

Little had no hesitation when I asked her what was the most common mistake divorcing business owners make. They try to do it themselves, using forms from the Internet. Those forms may be entirely adequate for a childless couple who earn similar salaries, have always rented and drive paid-off cars, but for business owners to rely on them is like trying to build a new office building using only tools and materials available at Ace Hardware

It may be possible, but it’s nuts to try.

Retirement savings are a particular trap for the unwary. Contributions to 401(k)s, IRAs and similar retirement plans can generally be made with pre-tax dollars. But a clumsy division between spouses can result in taxes becoming due immediately. A major part of a divorce lawyer’s work is to avoid triggering tax consequences unnecessarily.

Most of the legal problems of divorce can be avoided by a pre-nuptial agreement. New Mexico’s Uniform Premarital Agreement Act provides rules that are generally enforceable. As Little says, they allow couples to establish the financial rules of their marriage “when they still like each other.”

Experienced attorneys provide two services of enormous value to divorcing business owners. The first is to navigate the legal complexities. The second is to remain emotionally detached. A good lawyer permits not just the couple, but also the business to weather divorce in a businesslike manner.

Links to other similar posts: