ABA London Sessions and the 800th Anniversary of the Magna Carta

Sandra Morgan Little just returned from the ABA London Sessions and the commemoration of the 800th Anniversary of the signing of the Magna Carta in 1215 at Runnymede. The American Bar Association has a memorial at Runnymede, first dedicated by Queen Elizabeth in 1957, and was rededicated on the day of the anniversary June 15, 2015.  The event at Runnymede, where King John sealed the original accord in 1215, was attended by the Queen and other royals, Prime Minister David Cameron, the Archbishop of Canterbury, senior judges, US Attorney General Loretta Lynch and members of the American Bar Association. The Duke of Cambridge unveiled a commemorative art work at the site. The charter first protected the rights and freedoms of society and established that the king was subject to the law. Magna Carta originated as a peace treaty between King John and a group of rebellious barons. Its influence can be seen in other documents across the world including the U.N. Universal Declaration of Human Rights, and the US Constitution and Bill of Rights and most of the States’ Constitution. 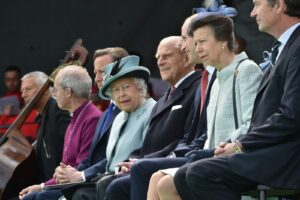 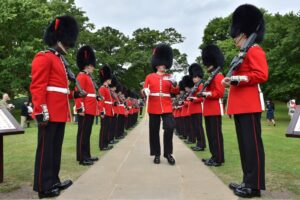 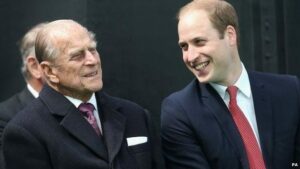 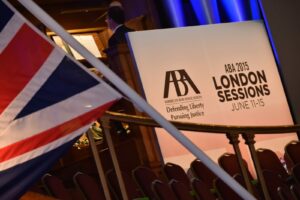 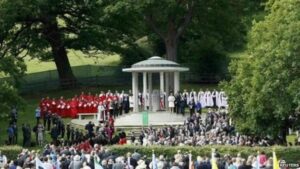