We are so proud to be a part of this organization, Sandra Morgan Little is on the board of The Children’s Grief Center.

I’ve been traveling around to the most economically stressed parts of this country.

You see a lot of dislocation on a trip like this. In New Mexico, for example, I met some kids who lost their parents — to drugs, death, deportation or something else.

They get run through a bunch of systems, including homeless shelter, foster care, mental health and often juvenile justice. They’re like any kids — they turn hungrily to any beam of friendship. But for these kids, life has been a series of temporary stops at impersonal places. They sometimes have only the vaguest idea where they are going next month. “I’m going back into the foster care system,” one teenager told me, without affect either way.

You meet people who are uncomfortable with the basics of the modern economy.

I met a woman in West Virginia who had just learned, to great relief, that she didn’t have to give an anticipated speech at church. “We’re not word people,” she explained. Those words hang in the air. A lot of wonderful people speak through acts of service, but it’s hard to thrive in the information age if you don’t feel comfortable with verbal communication.

You see the ravages of drugs everywhere. I ran into a guy in Pittsburgh who hires people for his small plant. He has to give them drug tests because they’re operating heavy equipment. If he pulls in 100 possible hires, most of them either fail the drug test or don’t show up for it because they know they will fail.

But this kind of tour is mostly uplifting, not depressing. Let me just describe two people I met on Saturday in Albuquerque.

At the New Day Youth and Family Services program I was introduced to an 18-year-old woman who’d been born to heroin and meth addicts. She’d spent her early girlhood riding along as they trafficked drugs from Mexico. When they were unable to take care of her, she cycled through other homes where she was physically abused. She fell into relationships with men who mistreated her, was hounded in school for being (supposedly) obese and was sent to psych wards for depression.

Yet this woman glows with joy and good cheer. She’d built a family out of her friendships. She’d completed high school, learned to express her moods through poetry and novellas, found a place to live through New Day’s Transitional Living Program, found a job and had plans to go to community college.

I have no idea how a person this beautiful can emerge from a past that hard, and yet you meet people like this all the time. Their portion of good luck may have been small, but their capacity for gratitude is infinite.

Earlier in the day I’d met Jade Bock. When she was 17, Bock lost her father to a workplace accident. Now she’s found her calling directing the Children’s Grief Center. 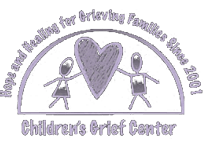 This is a center for kids who, given the stress and poverty all around, have often lost their fathers to suicide, drugs or accidents.

The young kids are anxious about ho is going to die next. They don’t really understand what death is and wonder if their loved one is going to be wet and cold if it’s raining on his grave.

The older kids are sometimes trapped in magical thinking: Maybe if I’d gotten better grades, he wouldn’t be gone. Sometimes they will start dressing, talking and acting like the deceased.

Many teenagers don’t want the other kids in school to know, so they go through life as if nothing is wrong. Then three years later when they suffer some breakup or setback, it all comes barreling out because it hasn’t been processed up until now.

Along with a hundred other volunteers and staff members, Bock gets these kids to process their grief. She sits with them in group after group, tender but in a realistic no-nonsense sort of way. She’ll cry and be present, but she won’t let you escape the task of moving through it. If it’s mentionable it’s manageable. Pain that is not transformed is transmitted.

The social fabric is tearing across this country, but everywhere it seems healers are rising up to repair their small piece of it. They are going into hollow places and creating community, building intimate relationships that change lives one by one.

I know everybody’s in a bad mood about the country. But the more time you spend in the hardest places, the more amazed you become. There’s some movement arising that is suspicious of consumerism but is not socialist. It’s suspicious of impersonal state systems but is not libertarian. It believes in the small moments of connection.

I remember watching an after-school counselor in Texas sitting in a circle of little girls who had nowhere else to go. She offered them a tongue twister: “O.K.,” she said chirpily, “who can say ‘Unique New York’ six times fast?”