Books are a huge source of comfort for everybody, but especially children. I can’t tell you how many times a book has cheered my daughter up and given me and her dad a sounding board to discuss topics with her. For parents going through a divorce, children’s books that help kids understand divorce could be just the tools you need to make the change as easy as possible on your family.

According to Scientific American, 1.5 million children in America experience their parents divorcing. That’s a lot of confused kiddos. Even in situations where divorce is the best possible solution for a family and the children, there are bound to be questions. Kids want to know what happened. They want to understand who caused it. They want an explanation that makes sense to them so they can figure out how to cope with it. Was there fighting that led up to the divorce? Did it come out of nowhere? What does this mean for your children, their siblings, and your entire family dynamic?

Before you start worrying about how divorce will affect your children later (FYI, they’ll be fine), it’s time to help them understand what this means for your family and what they can expect. It’s equally important to let them be emotional and ask questions, but these 13 children’s books can help them understand divorce so they can cope with their feelings a little bit easier.

1. ‘The Invisible String’ by Patrice Karst 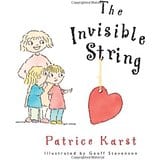 One of the toughest parts about divorce is a child missing one of their parents. In The Invisible String, a mother teaches her children that they are always connected, even if they can’t see it, by an invisible string. It’s a simple concept, but it will comfort your little ones and teach them that they aren’t alone and that even though they miss you, you’re still right there with them. 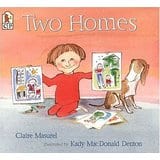 Two Homes is a great way to talk about the future with divorce. In the story, Alex recognizes the differences between his parents’ houses, but knows that no matter where they are, Alex is always loved by both of them.

3. ‘Was It The Chocolate Pudding?’ by Sandra Levins 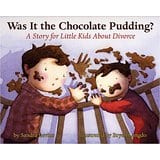 Children are often quick to blame themselves for their parents’ divorce, which is the plot of Was It the Chocolate Pudding?. When their mother moves out of their home, the two boys in this book are convinced it’s because of a big mess they made with chocolate pudding. But with some reassurance and explanation (along with the author’s definition of these words scattered throughout the book), the boys are able to understand things a little more clearly.

4. ‘Fred Stays With Me’ by Nancy Coffelt

Having two homes isn’t easy which is why one girl focuses on the constant in her life, her dog Fred, in Fred Stays With Me. It’s a sweet story, but it will also remind your children that they can focus on the same constants in their life to help make the transition easier, whether that’s a toy, a lovey, or their own siblings.

5. ‘I Don’t Want To Talk About It’ by Jeanie Franz Ransom 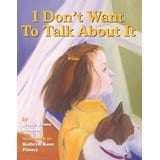 Emotions are high during a divorce, but it’s important to let your child know that they don’t have to react a certain way. In I Don’t Want to Talk About It, the author covers the vast array of feelings a child might have when hearing about a divorce and why it’s more than OK to feel all of those things and more. 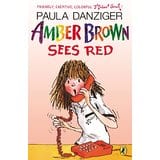 Amber Brown is a great children’s book character for her spunk, but Amber Brown Sees Red shows a side of her that even more kids can relate to. In this story, Amber’s mother is getting remarried and she’s having mixed emotions about enjoying the time with her stepdad and how her father lives far away and is never there for her. When her father moves back, her parents begin fighting and Amber’s emotions take a huge toll on her. For older kids, this is a subtle chapter book that will help them realize their own emotions and think a little more clearly. 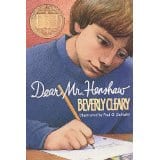 Another subtle chapter book about divorce, Dear Mr. Henshaw is the story of a boy living with his single mother and writing a letter to his favorite author as he deals with anger over his absentee father. 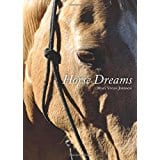 Overhearing the announcement of her parents’ divorce in the middle of her own birthday party, Becky feels like her whole life is falling apart. This is true for so many children and the story Horse Dreams will give them the courage to get through the big changes in their family without losing who they are or their dreams.

9. ‘It’s Not Your Fault, Koko Bear’ by Vicki Lansky 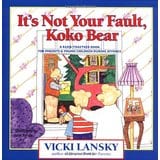 A sweet book, It’s Not Your Fault, Koko Bear covers all the major topics of discussing divorce with your children — what divorce means, their feelings, and how to deal with all of the changes happening.

10. ‘Standing On My Own Two Feet’ by Tamara Schmitz 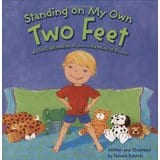 Two homes doesn’t have to mean division — it can be a strong foundation just like your own two feet. That’s the meaning behind Standing on My Own Two Feet and it’s sweet story is the perfect way to start the conversation about divorce and what it means for your kids.

11. ‘Divorce Is The Worst’ by Anastasia Higginbotham 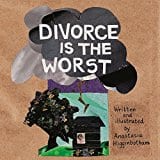 No matter how good divorce is for your particular situation, to some kids, it’s still the worst thing that can happen. In Divorce is the Worst, your kids get an opportunity to talk about those negative feelings and how they really feel. 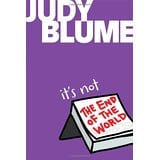 Judy Blume nails adolescence again with It’s Not the End of the World, a story about a girl named Karen who desperately wants to get her parents back together. For the older kids in your life, this book will offer them some solace and also teach them that sometimes divorce really is for the best, but no matter what, everything will be OK. 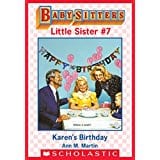 The little sister of Kristy from The Baby-Sitters Club has her own series and in Karen’s Birthday, you get a glimpse of her life as a child of divorced parents. All Karen wants is for both of her families to celebrate her birthday together, but it turns out that’s not entirely feasible. The story will give your kids hope for the future, but also help them understand why divorce happens and what makes it best for a family.